A black man accused in a 20-hour, two-state shooting spree that wounded five strangers told cops he was motivated by race and intentionally targeted “military-looking” white men he believed wronged him, police said. 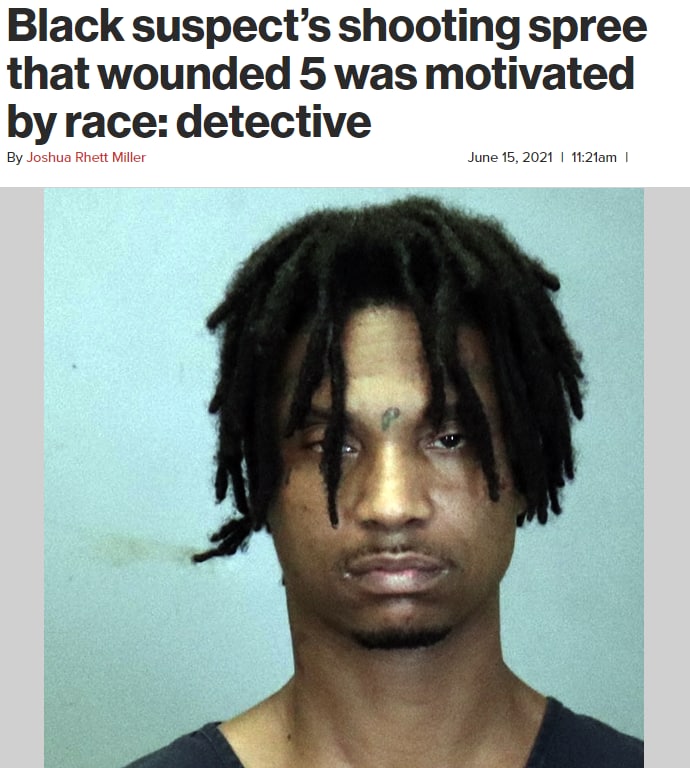